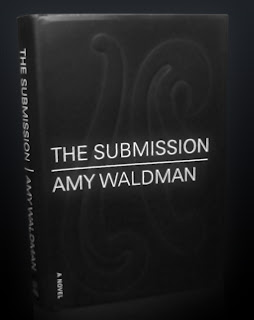 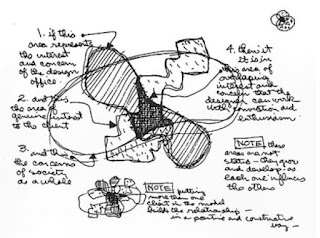 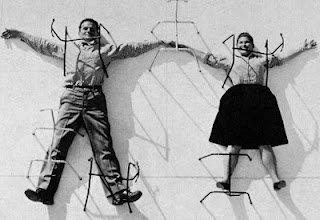 You can watch the film, in its entirety, here.
Posted by MHA at 4:08 PM No comments:

OK, I am really starting to get confused...

First, Newt Gingrich announced he was not a lobbyist for Freddie Mac, but then Mitt Romney accused him of, in fact, being a duck (no relation to Robert Venturi's pet).

Then, the Supreme Court proclaimed that police could put two officers in a cruiser to follow someone around day and night, but definitely not just check a person's cell phone whereabouts instead without an actual search warrant, as a much easier and less expensive way of tracking possible criminals. 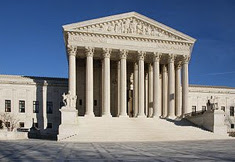 And, now ING Direct, the bank, has opened a café - not a bank! - in San Francisco. 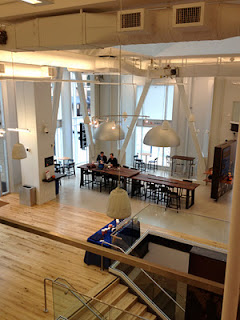 Here are some of the things I am confused about...

2. Is this good or bad for urbanism?

3. Who actually cares about this?

Having designed a few banks, I thought I understood what a bank is. You know, it's the place where people can go and get cash...

The cash is inside the large vaults... 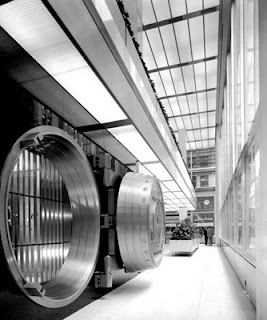 And banks are physical anchors of small towns and large cities across the country... 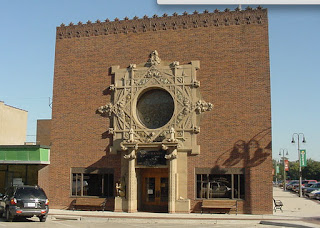 But, now you can deposit a check without leaving your living room...

So, who is to care whether ING's introduction to San Francisco is a bank or a café? Well... Mayor Lee seems to care:

“I got excited that they are coming to San Francisco. I started reading about the cafes. Before I was even introduced to them they were already doing San Francisco things. Their concept is using technology – online baking – and offering a place where people can get face-to-face financial advice.” 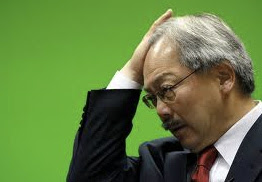 Good or bad? Who should care?... Well, I suppose people who are concerned about what the social contract between banks and the communities they serve is, or should be, should care. And, in a place like San Francisco, that usually means the people who are not depositing checks via a cell phone. Some consumer advocates are pointing to requirements of the Community Reinvestment Act that require banks to lend money to low- and moderate-income individuals in areas where they have branches that accept deposits. Since, in one interpretation of the definition, ING only accepts deposits at its Delaware office (you can't actually make a deposit in the San Francisco "café" - someone will hand you an envelope to mail a physical check to Delaware!, and the ATM in the corner disperses cash but does not take deposits), this requirement does not apply to San Francisco and ING feels no obligation to comply with CRA. The numbers prove this out : According to data provided under the federal Home Mortgage Disclosure Act, ING Direct originated 705 loans in the Bay Area in 2010, but provided only three to African-American borrowers and six to Hispanics. Huh? In a state where Hispanics and African-Americans make up almost 44% of the total population, this seems suspect at best.

As Bruce Mirken, spokesman for the Greenlining Institute, a Berkeley-based advocacy group, was recently quoted : "It’s great that they sell lattes to people doing Internet banking on their iPods, but they should not be able to avoid obligations to the communities they serve.”

So, what does this have to do with architecture?

If the objective is to make banking less inhibiting to the consumer, architects can address that in our designs. Our office recently completed a design for One PacificCoast Bank, a community-based bank established to provide banking for underserved populations, primarily ethnic minorities and small businesses in Oakland and the East Bay (the exact population ING Direct doesn’t seem to be lending to). One of the primary design goals, set forth by the client, was to make the final space inviting and less intimidating for a potential customer base that generally feels uncomfortable walking into a bank. We think we did that - coming at it from a very different direction than ING Direct. 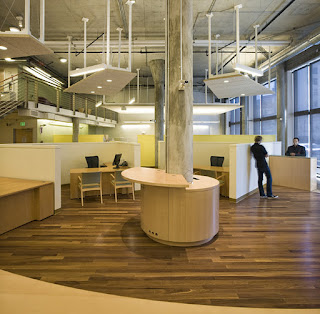 And, is IND Direct's new bank good for the urban fabric? On the one hand, yes of course! It doesn't take a genius to notice service providers - from bookstores to shoe repair shops - disappearing from the fabric of city centers. And, given the ability for on-line banking, I suppose banks aren’t far behind in the exodus. But, conversely, are we robbing Peter to pay Paul by allowing a bank to sidestep its communal obligations, for the sake of a hip coffee shop? While I might have enjoyed the coffee, I am going to say that ING Direct's new "product" is bad for cities.

As architects we may not be able to shape the business plans of our potential clients, but we can address elements of the built world that may, downstream, shape the way they do business. Banks can be friendly places for all and an oasis in the urban fabric; they just don't need to do this as a result of skirting banking laws. Everyone should care about this; architects, citizens, politicians - we all have something to gain from vibrant cities, and a lot to lose when the requirements needed to make our cities vibrant are sidestepped.

And, besides, if banks disappear, where are we going to channel our inner-Willie Sutton?
Posted by MHA at 5:39 PM No comments: