It may have been missed, but Bob Noorda died earlier this month. Unfamiliar to most, if not all of us, Noorda was the graphic designer of of the New York City Subway system signage. Think letters and numbers inside colored circles. Think very simple and straightforward arrows directing you to the next train. Think actually getting to the next train efficiently.

Noorda's mark on our culture seems obvious today, but prior to his work each subway station was addressed individually, and the signs, the fonts, and the general display of information was different at each location. Certainly quaint, but difficult to navigate for the average visitor. 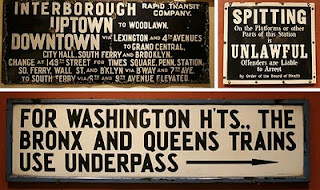 Interestingly enough, when Noorda started working on the project, he wanted to use a type font called Standard Medium, developed in his office after the font Akzidenz-Grotesk. Primarily, Noorda (and, presumably the MTA) didn't want to pay for Helvetica. Sort of like Microsoft versus Apple... 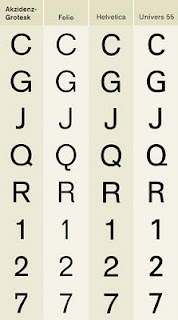 As a side note, if you haven't seen the movie Helvetica, you need to put it on your Netflix list. Massimo Vignelli, who was a partner of Bob Noorda's, plays a large role in the film. As a final note on Bob Noorda, I will quote him:
"Don't bore the public with mysterious designs." 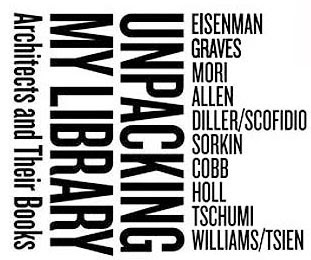 I just read (if that's what you call it when a book actually has very little writing in it) Unpacking My Library : Architects and Their Books, edited by Jo Steffens with an essay by Walter Benjamin. Unbeknownst to the person who gave it to me, my library occupies a large portion of my physical and intellectual world; in fact, my family would say too large a portion. There is something about being surrounded by - inside - a collection of books that gives a person the idea that much of the known world is accessible, and the remainder of the unknown world is attainable. Sitting in a library induces the concept that ideas are possible and that much of life is like a complicated math equation that can be solved by mining the required formulas from available texts and arranging them in the correct order. 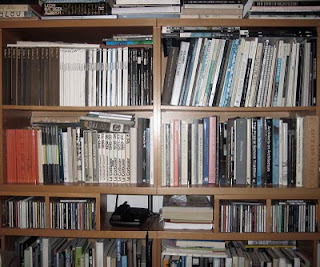 Who could possibly sit in Asplund’s Stockholm Library and not imagine the power and opportunity of knowledge as an accumulation of humankind? 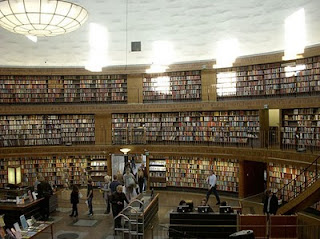 More importantly, who could enter the library without literally grasping the importance of this knowledge and power! 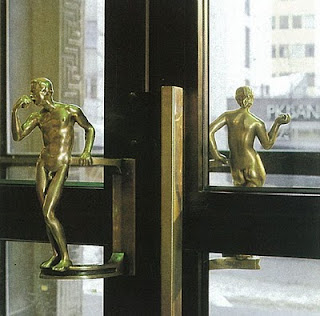 Is it any coincidence that Steven Holl was Bill Stout’s first employee at William Stout Architectural Books? Is it true when Peter Eisenman says “Without The Four Books on Architecture of Palladio no one would have cared about Palladio?" Why is it that Tod Williams reflects my own assessment when he posits “Rarely will I pick up a book on architecture when at home in the evening. This is my time for reflection, exploring, and getting lost in the stories.”

A colleague recently confessed to me that it has been years since he read a novel. Perhaps architects spend too much time thinking about architecture, and not enough time thinking about society, culture, and the people who interact with their buildings. Books are a perfect prescription for this. Four books which show up on the architect’s lists in Unpacking My Library are Faulkner’s Light in August, Pynchon’s Gravity’s Rainbow, Melville’s Moby Dick, and Joyce’s Finnegan’s Wake. I would suggest Faulkner’s The Sound and the Fury, but any of these will do.

Architects would be well served to step outside the boundaries of their profession and connect with the larger world.