Once Again, the Golden Rule

For the last few months, I have been slightly depressed about the news that Twitter would stay in San Francisco in a deal worked out with the SF Board of Supervisors. Depressed by the fact that Twitter's stay has nothing to do with those grand altruistic ideas that cities are good, that corporations are integral elements of cities, or that the workforce at Twitter would prefer to be part of a vibrant organism called San Francisco, and - oh by the way - reduce its carbon footprint by taking advantage of all the efficiencies a city has to offer, like public transportation and ease of biking to work.

No, Twitter decided to stay in San Francisco because it got a tax break on payroll taxes. End of story.

So much for urban design, architecture, and everything else those of us who are trying to make the world a better place to inhabit via design think are important. In fact, this may be a slam dunk case for eliminating things like the San Francisco Planning Department and replacing it with pure-and-simple Dollar Deduction Departments. And, by-the-way, does anyone else find it ironic that one of the companies in San Francisco that probably should be able to actually pay more in payroll tax is in fact getting the break that all the small enterprises that make cities livable could never receive? Has anyone tried to find a shoe repair shop recently?

Ouch, that is, until the recent news about New York's High Line came out. According to Mayor Bloomberg's office, the High Line apparently generated $2,000,000,000 (yes, that is a 2 with a "B" behind it!) in private investment in and around the park. That's on a cost of $115,000,000 that the City of New York had to put up to make the project, and its surrounding elements, happen.

Simple calculation: that's a return much higher than what the country has gotten from Chrysler, what Cisco has earned from the Flip, or what the world has gained from the Iraq war. 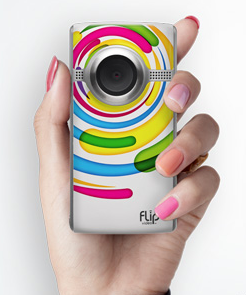 And it all came about because a group of designers thought the High Line was worth saving, that it would make a better city, and that design counted! Friends of the High Line believed that their idea was important when most developers thought it should be torn down for progress. After many long hours and a lot of work, the Lower West Side of New York is now a much better place for all - including the neighboring capitalist entities!

So, design can count!

San Francisco has figured this out in the past, and should be able to today. And, a company as filled with brain power as Twitter should also be able to understand this independently of payroll tax arm wrestling. Bean counting counts, but design can make a difference.
Posted by MHA at 12:33 PM No comments: