You might have missed John King's article in the SF Chronicle regarding Apple's new retail store on Union Square.  You may have missed my blog entry on Apple's new corporate headquarters as well. 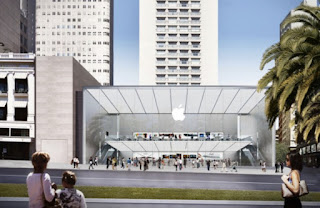 King has a number of issues with the new Apple store.  Some you may agree with.  Some you may not agree with.  One issue he brings up is the fact that the new store has a very tall two story clear glass façade facing directly south onto Union Square.  King brings up concerns regarding heat gain and the amount of energy-consuming air conditioning this will require to mitigate.  OK...  Trees.

Forests : According to the EPA, 150 million cell phones were junked by Americans in 2010 alone.  Apparently, Americans replace their cell phones every 22 months, on average (it's unclear if this takes into account the whole cell phone theft calendar or not...).   Between 2006 - 2010, Americans threw away (this does not include anything sent to a recycler) 850,000 tons of cell phones.  Add in the 3,930,000 tons of computers, monitors, keyboards, and mice, and you end up with something that approaches the weight of 47 + Nimitz-class aircraft carriers.  Ouch! 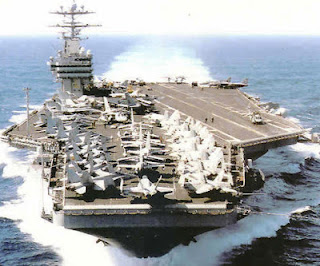 Keep in mind, that's what went into the trash.  Some stuff did, in fact go to recyclers to be properly returned to the system. 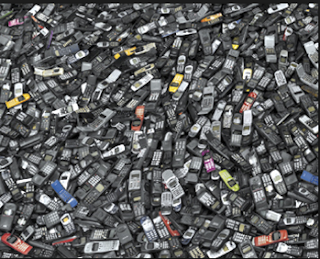 So...  I own an iPhone.  Most likely, you do to.  And, despite being an architect, I think I care a lot more about trying to require companies like Apple to recycle all of their product than I do about the energy consumption of a store on a public square.  Obviously you can do both, but if we can save the whole forest I don't get too concerned about cutting down a single tree.  Congress introduced the Responsible Electronics Recycling Act in 2011, which had bipartisan support, but was never put to a vote. That’s something I would really like my Congressman to be paying attention to.

Wonder what happens to all the lead, cadmium and mercury contained in e-trash?  Here's a hint:

So, instead of getting concerned about a two story façade, let's get Apple dealing with this bigger issue.  And, while we're at it, let's skip the whole tax thing as well  -  chump change to the world, in comparison!  Get Apple to take the tax delta and apply it to recycling their products  -  in the end that is good for them, good for Mother Earth, and good for the American economy.
Probably better than paying taxes...

Two other points I should mention that King has with the new Apple store:

Apparently the façade along Stockton Street is blank.  I agree this isn't very nice.  In fact, it's unfortunate, and - probably - a missed opportunity based on an architectural diagram.  I’m sure that will get figured out downstream.

And, King seems to have grown sentimental over the Ruth Asawa fountain at the stairs off Stockton between the current Levi's store and the hotel to the north. I'm going to guess if you polled 100 San Franciscans about that fountain, a strong 3 would even know it exists. I have a feeling there is a much better location for it. 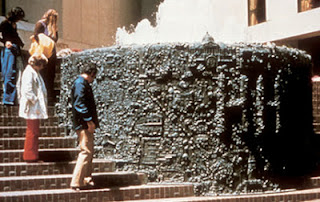