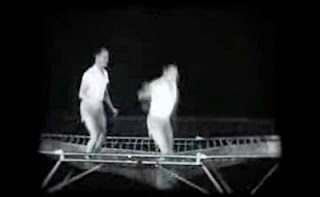 The fascination with obituaries continues… I’m sure this one bounced right over most of your heads, but George Nissen, the father of the trampoline, passed away a few weeks ago near San Diego at the age of 96. 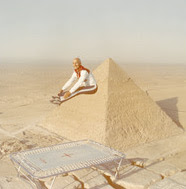 In the 1930’s, George, along with his gymnastics coach, invented what they called, at the time, the bouncing rig. After a 1937 tour to Mexico, and after hearing the Spanish word for diving board : el trampolin, an “e” was added to the word to turn it to Spanglish (as well as a trademark – hello, Kleenex!), the trampoline was born. 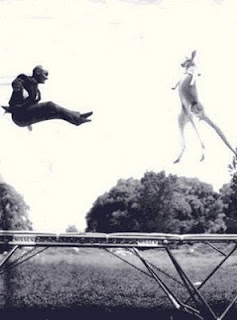 Visions of Bauhaus inspired Gymnasium Halls in both East and West Germany come to mind… In fact, the 1972 Munich Olympics come to mind, where Frei Otto’s entire construct seemed to be inspired by trampolines. 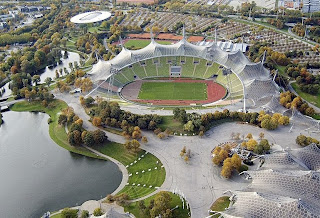 Which all leads directly to architecture… Sort of… That is, if you are in our office working on House of Air, a new trampoline facility to be installed into an existing hanger in San Francisco’s Presidio, along the waterfront at Crissy Field. 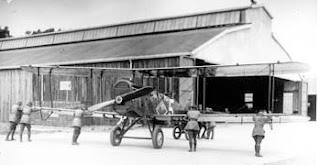 House of Air is currently under construction, and will hopefully open for business in August, this summer. The clients have taken a large step forward in thinking that what might, in another city, be merely an amusement park, requires, in San Francisco, a certain amount of architecture to attract a slightly more sophisticated clientele. We are looking forward to the entire enterprise coming together in late summer! 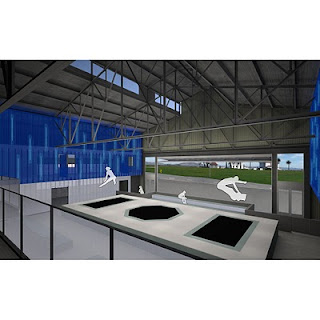 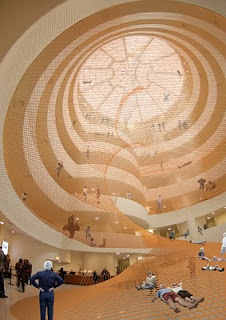 And, for those of you looking for the trampoline equivalent of ABBA (or, maybe the Wiggles), Hold Music’s trampoline video may do the trick.


Happy Bouncing!
Posted by MHA at 9:00 AM No comments: