Independent of what you think about the wars in Iraq and Afghanistan, I think we can all agree they don't seem to be going as planned. That may be because the planning isn't exactly clear - at least not visually - for those doing the work.

In a Powerpoint-gone-mad presentation, the war was laid out in all it's glory for General Stanley McChrystal, the leader of the US and NATO forces in Afghanistan. 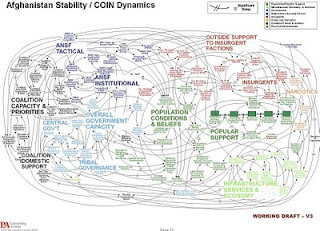 His response: "When we understand that slide, we'll have won the war."

Is the image a result of the war, or is the war a result of the image?... I'm not quite sure of that, but I am sure that somewhere along the line most American's seemed to have lost the ability to convey ideas simply, either visually or otherwise. Maybe with a little more background in this, the United States might have thought twice before sending close to 200,000 soldiers half way around the world. I know Napoleon would have thought twice had he seen Edward Tufte's visual graph of his march to and from Russia: 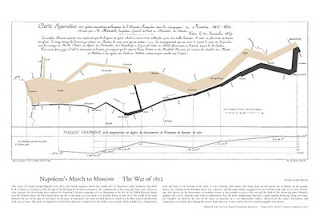 Or, maybe with better communication skills we wouldn't have had to trek across the globe to get someone to agree with us.


As anyone who spends any time in my office knows, I harp daily on the inability of architects to communicate with others. Which is a funny thing, given that we are - basically - in the communication business. You know... Put something down on paper to communicate to someone else, so they can take our thoughts (marks on a piece of paper) and make them into physical objects.

But, the ability of architects to write simple complete sentences in English, seems to have been lost somewhere between the 3D model on the computer screen and the job-site visit.

I would strongly suggest that everyone pick up a copy of Strunk and White’s Elements of Style and start using it. Maira Kalman’s version is a little friendlier for the designer crowd. 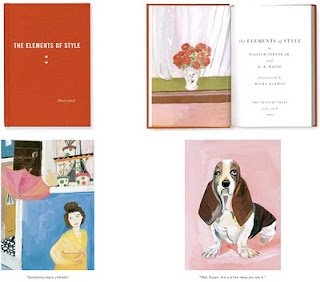 Otherwise, we may all end up Paul Newmans.