When we put a book together to show the work from our office, Machinations of a Small Office, I included the following:

Designers say they are professional problem-solvers; here are some problems:

1. In 1991, 6,019 people were wounded or killed by gunfire in New York; 530 were children.
2. The number of U.S. welfare recipients increased more in 1990 and 1991 than in the previous 16 years combined.
3. One of every 53 New Yorkers is infected with HIV.
4. Each day, some 137 species become extinct mostly because of rain forest destruction.
5. Coffee filters are often a hassle to pull apart.

Which one of these looks like a design-size problem? Well, here's the solution : the One-at-a-Time Coffee Filter Dispenser from Black & Decker. 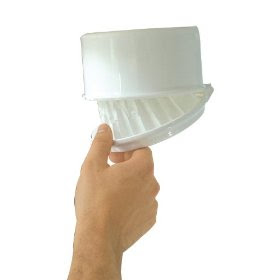 This was a quote from Karrie Jacobs and Tibor Kalman in their essay "The End", in the book The Edge of the Millennium. You may remember Tibor Kalman for his product firm, M & Co, for his work for Esprit’s Colors Magazine, or for his “There ain’t no black in the Union Jack” image for Colors. 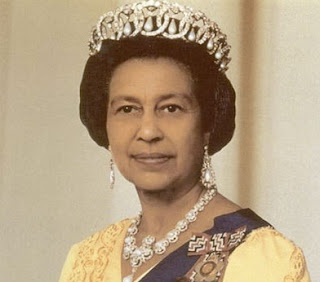 I was reminded of the quote above when my son turned on The Colbert Report recently and Emily Pilloton was fending off snide comments from the host about saving the world through design. She did a great job, obviously having had a lot of practice in getting her road show, The Design Revolution Road Show, literally on the road. 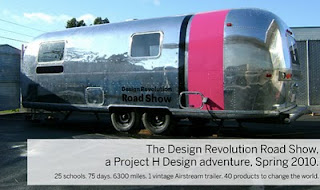 The road show centers around the idea that design can actually change the world, and that designers can do more than make coffee filters more convenient. As an example, Emily showed a pair of liquid-filled eyeglasses that can be self-adjusted for the correct prescription by someone far from an eye doctor, to provide sight! Simple idea, huge good! 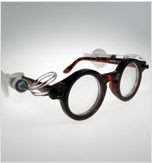 Many of the products that are trying to make the world a better place are documented in her book, Design Revolution : 100 Products that Empower People. 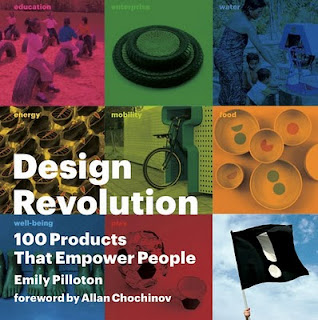 Making the world a better place comes in a lot of flavors, and often isn’t always something that is clearly black and white. All you need to do is watch Emily try and answer simple questions on what is good and bad about the designed world:

But, we can try to make a difference. There are a million ways to - none of them wrong. Try! 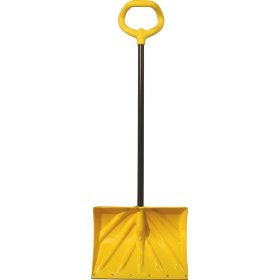 When El Nino rolled into California a few weeks ago with the fury of winters past, I found myself at the Ace Hardware in South Lake Tahoe, buying a snow shovel for my car. CalTrans' "Just in Case" syndrome had me walking down aisles of candles and emergency blankets. When I grabbed the snow shovel, I immediately was struck by the fact that it was made by Ames Shovels.

Ames Shovel may, or may not, jog a few brain cells for you, but for me it was a jolt to see that the company was still doing exactly what it had been doing for the past two hundred years.

Not that any of us are shovel aficionados, but if you think far back into that architectural history class, you may remember a few of H. H. Richardson's projects when the name Ames is mentioned. You may also remember Trinity Church in Boston, perhaps Richardson’s most famous built project Richardson designed a large number of projects, (see map) primarily in New England. 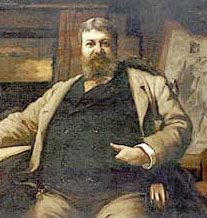 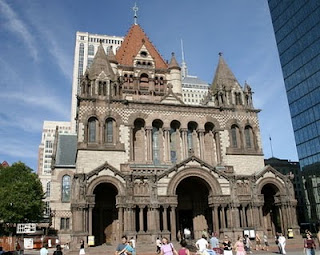 Richardson, the father of Richardson Romanesque, found a patron in Oakes Ames, one of two brothers who provided all the shovels used to stretch the Trans-Continental railroad across North America.

A resident of North Easton, MA, Ames hired H.H. Richardson to design a number of projects, including the Oak Ames Memorial Hall + Ames Free Library in town, as well as the Ames Gate Lodge at the Ames Estate. 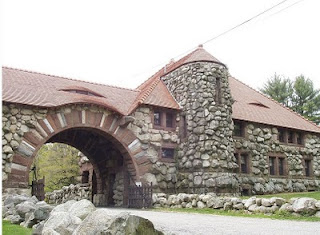 Eventually, Richardson also designed the Ames Monument in Wyoming, which is certainly worth the side trip if you find yourself in the upper Plains. Along with Richardson, Augustus Saint-Gaudens contributed a bass relief of Ames. Saint-Gaudens is perhaps best known for his Robert Gould Shaw Memorial bass relief monument on Boston Commons, and like the Ames Monument, Saint-Gaudens’ home site is worth the side trip if you are in the Upper Valley of New Hampshire. 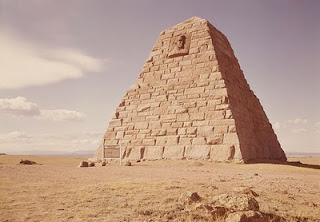 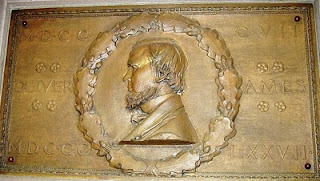 A shovel in a hardware store reminded me that architecture and the history it has constructed can weave its way into everything. It’s a rich world out there, take it all in!