Nicolas Hayek died this week. Not a name that is going to be familiar to most (if, in fact, any) of you, I am sure, but one that should be. Not to cloud the story below, but before we get started it should be noted that Nicolas Hayek played a key role in the development of the Smart Car. 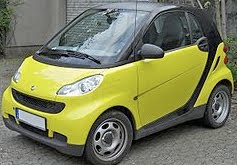 OK, here's the stage to be set:

Imagine a craft that is no longer appreciated by the general public. This craft takes too much time and energy to produce a product, at a rate that no one wants to pay for any more. This craft has been superceded by a digital alternative.

Sound familiar to the design world?

Here's what happens next:

A person is hired to come up with a business plan to phase out an entire country's craft workforce. This person decides instead to "re-invent" the craft, as opposed to abolishing it. This re-invention goes on to kindle a renewed interest in the original craft. Everyone and everything lives happily ever after.

This, unfortunately, does not sound familiar to the general design world.

OK, so what's the story?

Hayek was hired in the early 1980's to come up with a plan on how to liquidate and re-purpose the Swiss watch industry, by a group of Swiss banks who were worried about what little assets they had left in the industry. Swiss watches, which were generally labors of love, were being outmoded by Japanese digital watches at the time, produced by companies like Seiko.

Hayek took a look at the whole picture and decided that there was a better solution, and proceeded to buy a majority share in the Swiss conglomerates that owned brands like Omega, Longines, and Tissot. He then used this firepower to introduce Swatch, which seemed at the time to be the non-Japanese inexpensive watch.

The Swatch watch went on to be an item touched by many designers, collected by people, and sold in the hundreds of millions. Keith Haring was just one of many names who produced designs for Swatch. 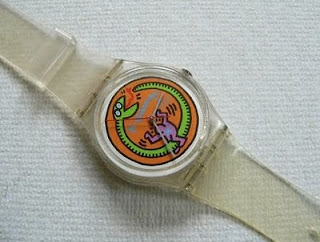 The Jelly, with its see-through everything, was a Swatch that seemed to be everywhere at the time. 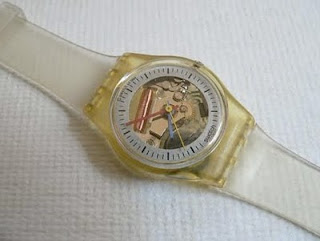 Long story short, the Swatch renewed interest in Swiss watch making, pumped billions of dollars into the very old-craft industry ($4.9 Billion in 2009!), and lifted the boats of all the brands above the tide line they were sinking into.

What we do as designers (or craft artists, or whatever you call yourself) may not appear to be valued by the public. And, it may appear that the industry is undervalued and waning. But, somewhere out there is a solution for this state of affairs that just needs someone to look at it in a new light - and, not a light that has been predetermined in scope, intensity or direction by others! 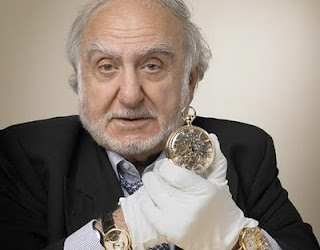 Pay attention to the past. It is the future.
Posted by MHA at 2:54 PM 2 comments: