At the end of every year, while most people are comparing their personal best-of-year lists with their favorite movie / music / literary (you fill in the blank...) critic, I look forward to the New York Times Magazine's annual obituary issue, recounting the rich lives of many of the people who passed away in the prior twelve months. Short of that issue, though, I camp out a lot on the obit page of the Times' daily edition. See an earlier blog entry on Bob Noorda.

Last Saturday was no exception, and there it was - Ruth Kligman's life history, distilled into a dozen short paragraphs. You may not remember Ruth Kligman, unless you saw 'Pollock', the 2000 movie about the artist's world. Ruth was the sole survivor of the car crash that took Jackson Pollock's life after a hard day of drinking. Or, maybe you might know her as the subject of Willem de Kooning's painting named after her, "Ruth's Zowie". De Kooning and Pollock were two of many artists Ruth "bumped" up against, including Irving Penn, Robert Mapplethorpe, Andy Warhol, Jasper Johns, and Franz Kline. But, what Ruth Kligman might be best remembered for is her life's motto as well as something Franz Kline told her. Her motto : "Art is my life." And the life reflection Mr. Kline imparted on her about being an artist and what people outside the art world think of you : "They think it's easy. They don't know it's like jumping off a 12 - story building every day." 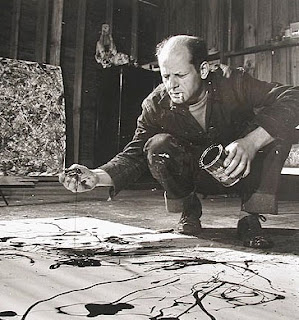 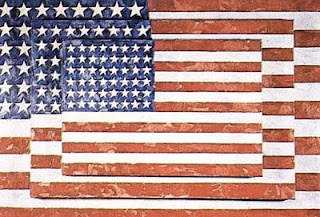 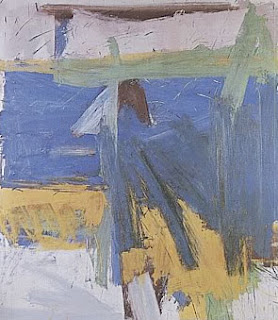 On the same day as Ruth Kligman's obituary, it was a short jump across the page to Raimund Abraham's. An architect's architect who definitely did not make it look easy. His built work can pretty much be counted out on one hand. His influence, though, is hard to grasp with two outstretched arms. Teaching at RISD, Cooper, Pratt and SciArc, Abraham touched a generation of architects in a mini-Hejdukian manner.

Abraham spent more time drawing and imagining the world of architecture than he did building it. To Abraham, in Lebbeus Woods' words, architecture "existed as an act, a concept, a discipline." His drawings were captivating and enigmatic, rich in imagery that connoted other worlds and meaning. 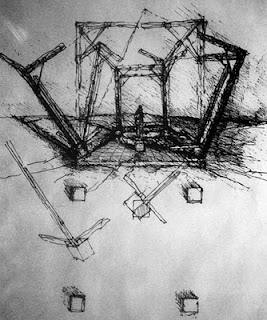 His architecture did as much as well. Abraham's Austrian Cultural Forum in Manhattan was, in his own words, "a cross between 'Blade Runner' and an Easter Island sculpture". 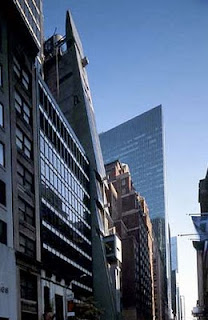 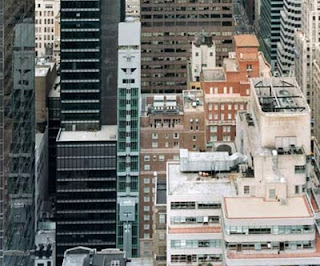 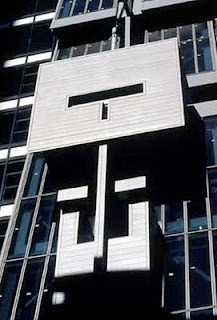 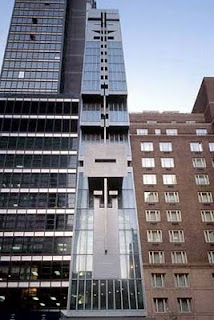 Abraham was killed in a car crash in Los Angeles after giving a lecture at SciArc. The final sentence he shared with the eager students in the audience:

“You don’t have to become a slave in a corporate office or a groupie of a celebrity architect. All you need is a piece of paper, a pencil, and the desire to make architecture.”

The summer of 1969. Neil Armstrong had just taken one small step for mankind and it seemed incredibly hard not just to be proud of, but to actually not brag about, being an American. Meanwhile, on the far side of the world (at least that's what if seemed like at the time), the Viet Nam war was dragging the country deeper into a quagmire that seemed inextricable, and the rest of the world was beginning to see the country in a little less of a shining light.

In late August of that summer, I found myself with my mother in Athens, Greece needing a visa to travel north through Yugoslavia and several other Eastern Block countries to return to West Germany. To do this, we needed to check in at the American Embassy. Visualize a larger, imposing building with Marines in Dress Blue uniforms in front - it felt like we were calling on someone, or something, very important. And, we were - the United States of America seemed like it was at the apex of its weltanschauung as perceived by the rest of the world.

Flash forward to today. The perception of the United States by the rest of the world... - visualize something in your mind. Now, take that personal visualization and construct the idea of a new Embassy. Say... In London. 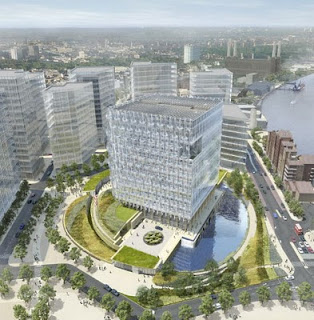 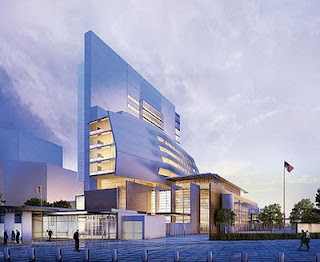 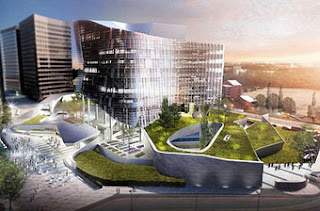 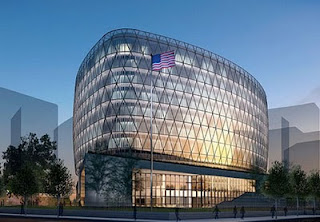 KieranTimberlake's design, the first photograph, won. The next three, were designed by Richard Meier Architects, Morphosis, and Pei Cobb Freed, in that order.

Here's what a few critics have said about the winning design:

Jonathan Glancey of The Guardian:
Cool, remote and superficially transparent, the winning design does reflect what we can divine of the US political process. Nominally open to all and yet, in practice, tightly controlled, the system of US government and its prevailing culture, aped bad-temperedly in Britain, does indeed inform the brief to KieranTimberlake and their response to it.

James S. Russell, US Architecture correspondent at Bloomberg:
Of course, it's difficult to create a compelling statement when America's place in the world is hotly contested at home and its international intentions are debated everywhere. America can't even create a coherent climate-change policy. This ambivalent embassy perfectly sums up the extraordinarily difficult Obama moment. 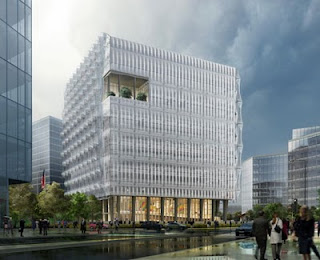 From my vantage point, this building appears somewhere at the convergence of Edward Durrell Stone, corporate America, and the USGBC LEED requirements. Is that what we have come to?

Most of you probably missed Andy Smith and David Fox's presentation at Harvard's Graduate School of Design. I for one feel perfectly fine ensconced in sunny California, as opposed to dreary Boston this winter, but I would have liked to have heard what they had to say. The announcement for their talk struck a cord with me, as I am sure it would with most architects:

“Architects as Stooges for the Business of Greed” emerges from the notion that the practice of architecture has become so marginalized in contemporary culture that the gatekeepers of the built environment, the new “architects”, are the wealthy and their bankers: architects have simply become those who do their bidding. Quoting Sambo Mockbee: “We have become lapdogs of the rich.” It doesn't take a rocket scientist to make the leap to conjuring up images of McMansions. 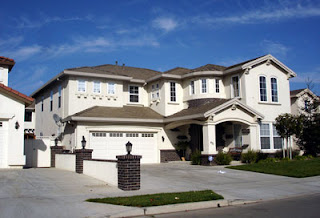 What we should really be thinking about, though, are Case Study houses, and what they did for the average American. 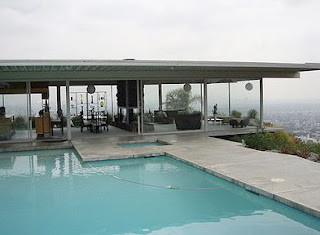 Or, maybe to jump even further, we should be re-conjuring up the ideals of High Modernism, where there was a belief running through the veins of architects that what they were doing could change the lives of people - think Corbu's Salvation Army. 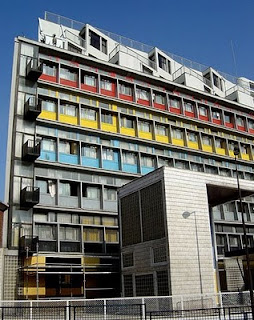 Smith and Fox's lecture was sponsored, in part, by SOCA, the GSD student-run organization for social change and activism. David Fox's work is associated with a University of Tennessee program titled UPSIDE : Urban Program in Sustainable Design Education, which is a direct outgrowth of Sam Mockbee's program Rural Studio at Auburn University. 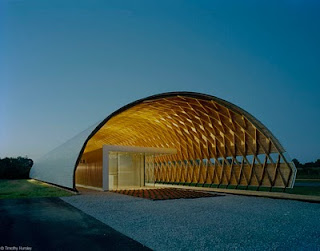 While many architects are engaged in transforming dreams of wealthy clients into three dimensions, many others, actually, are actively engaged in trying to make the greater world a better place. Work Architecture Company, a firm in New York, is working with Edible Schoolyards, an organization founded by Alice Waters of Chez Panisse fame, to bring her program to an inner-city school, PS 216.

Many of you may, or may not, know that Edible Schoolyards got its start here in the Bay Area, at Berkeley's Martin Luther King Jr. Middle School and has traveled as far away as Yale. It's a great idea, despite its detractors. Even in a dreary winter - New York, Boston, or otherwise.

Architects can make a difference. Andy Smith and David Fox can rest easy.